Helen sat at her computer at work and for the 1,000th time laid her fingers on the keyboard to enter a customer’s name.  How many times had she sat here each week, entering data after data in a never ending day in, day out, week in, week out, month in, month out, year in,  year out endless array of typing?  She had lost count and she was thinking she was losing herself in the process.

The daily grind of getting up in the morning, going to work, working, coming home, going to bed and getting up again the next morning was wearing on her nerves.  She needed a break!

Her phone rang, abruptly drawing her out of her dilemma, and she drew her left hand out to pick it up, drew it to her ear mindlessly while continuing to type.  Someone needed that file now, upstairs.  “Oh, where did I put it?” she thought to herself.  “It must be here some where on my desk.”  A desk littered with files and paper and pens and pencils and staplers and tape, but the desired file was no where in sight.

She stood up and began to shuffle the objects on her desk, hoping it was under some report, or another file, to no avail.  Turning, she went to the closet behind her, to see if she had put it in the filing cabinet.

Noticing a faint glow from behind the filing cabinet, she tilted her head in curiosity.  What could be making that darkness glow like that?  She reached between the filing cabinet and a stack of boxes and felt a hand touch her hand briefly.  She jerked up with a screech, not knowing what to do.  She looked around, but it appeared no one had heard her.  People were scurrying out to have lunch. If she ran for help, no one would believe her.  She peered into the gap, by slowly pressing her head forward, but didn’t see anything.  There couldn’t be enough space between the filing cabinet and the wall.  So, gullibly, she reached her hand behind the filing cabinet again and with a big whoosh, she was pulled into the wall and beyond. 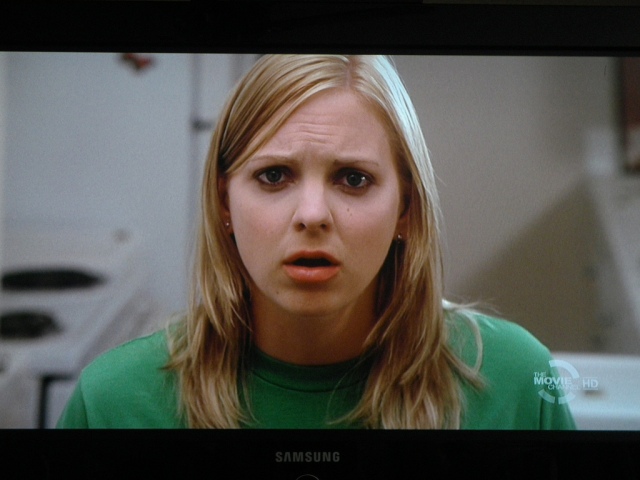 There, on the other side of the wall, she stood up in a timbered room  just outside a closet, in a room with plastered walls and a glowing fireplace in the corner.

Her hand was attached to the hand of the person standing there and he was looking at her as if she were a ghost.  She jumped back and grabbed her hand out of his.  “Who are you?!” she exclaimed.  “Che cosa fai????”  he exclaimed.  “Oh dear, oh dear,” she mumbled, “he doesn’t speak English!” and “What am I doing here?”  She had studied a little bit of Italian in college, she thought, as she tried to drum up a phrase out of the cobwebs in her head.  “Dovo mi trovo?” she whispered to the entity.  “In Italia, Senora.”  “Perché tu sei nel mio armadio?!”  She gathered he was asking her why she was standing in his closet.  She held her arms up and shrugged “Non lo so” (I don’t know!), “but this is sure a lot better than where I came from,”  she chuckled to herself.  “Cosa hai detto?” he queried her.  Umm, she must have another phrase in her head for this one.  “Sono uscito dal mio armadio lavoro sull’altro lato della terra, ” she explained that she came from her work closet half way around the world.  And let her arms fall to her sides with a slap, just shaking her head back and forth.  “Ummmm, si” he murmured, shaking his head back and forth too.

In stumbling phrases of Italian and English they each explained they were looking for something in their closet and he was reaching for something in the back of his closet.  “Puzzling,” she said.  “Si,” he said, “sconcertante.”  “Pensi che se si va indietro nel ripostiglio si uscirà dall’altra parte della terra?”  She gathered again, that he was asking if she re-entered the closet, that she would go back to the other side of the earth and to her office.  “I don’t know, but let’s try it, shall we?”  “I’ll be right back!”

And with determination, she entered his closet and poked her head through into the brightly lit office she had left only moments before.  Noticing the clock, she saw that she re-entered the office at the same time she left it.  “Hmm, this may be just the break I need each day, if my new friend will allow me to impose on him.”  And with a quick grab for her purse and jacket, she flung herself back into the closet, between the filing cabinet and boxes and re-appeared in her new friend’s room in Italia.

“Mamamia!”  he exclaimed.  “Cosa faremo adesso?”  “Well, for starters, let’s get acquainted and go have some lunch!”  OOps, she forgot to speak in Italian,  “In primo luogo, diamo il pranzo!“

A blog about life in Wellington, New Zealand