Feast of the Hunter’s Moon

This weekend was the Feast of the Hunter’s Moon near here just south of Lafayette, Indiana along the Wabash River.  It is a festival & re-enactment of the Fall gathering of an 18th Century military and traders’ village at the present-day site of the French Fort Ouiatenon, complete with food and wares for sale and marching of the different military militias and American Indians native to this area.  Fife & drums and period singers give the festival an air of authenticity.  A replica of the original fort stands at this park, the actual location was about a mile down river.  This was the site of the first European settlement in what is now the state of Indiana.  It’s a fun event to go to if one has time, there are no modern conveniences (except port-a-potties and first aid of course) and the terrain is uneven.

The food is prepared just as it would have been in the 18th Century with big pots and fires to cook on.  Food to choose from would be venison stew, bean stews, buffalo burgers, sausages, apple dumplings, homemade breads, and cheeses, apple cider, homemade candies and many other delicacies.

Some years the weather is just beautiful, with the leaves on the trees turning all sorts of colors and some years it is cold and rainy and muddy.  This year was a mixture of both, mostly rainy and foggy, though.  If you have opportunity to go next year, be prepared for any kind of weather.

The re-enactors arrive on Friday evening by canoe in a special ceremony just as the original militia, indians and traders did and set up tents and teepees to sleep in for the weekend.  On Saturday, all of the militias and groups parade around in the big open arena and a speaker describes each group.  Indiana territory was taken over by several countries including France, Canada, Spain & Great Britain.  Traders have their wares spread out on the ground and guests can buy all kinds of 18th Century style crafts, wares and foods.

All photos courtesy of http://www.foter.com 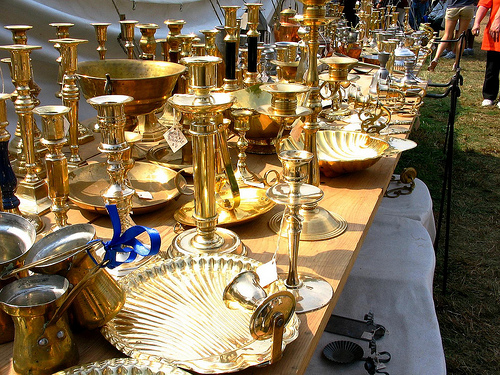 Candlesticks and holders – a real necessity in the 18th Century. 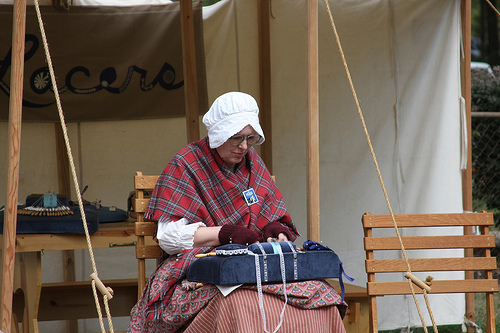 18th Century clothing from the semptress

Many generations wait for the battalions to enter 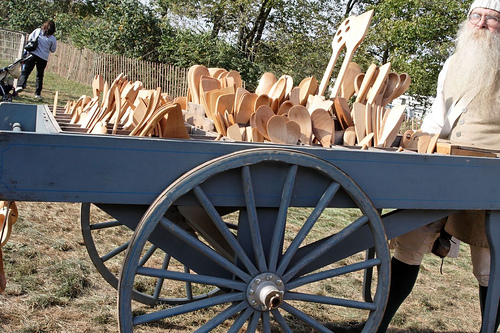 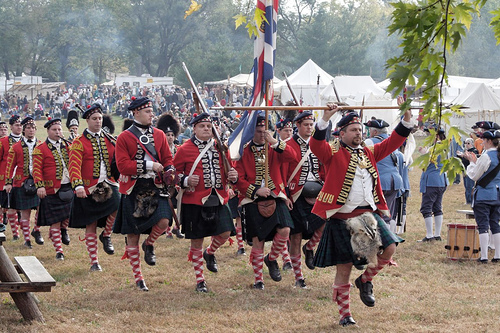 3 Responses to Feast of the Hunter’s Moon

This WordPress.com site is the Kat's Meow