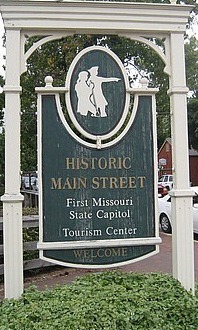 Travelling back home from Kansas last July, we serendipitously revisited the little village of St. Charles, Missouri.  As the sign says, it was the first Missouri state capitol.  Here is the website for the village:  http://www.stcharlescitymo.gov/?TabId=305

St. Charles, Missouri is a beautiful historic village, founded in 1765 as Les Petites Côtes and known as the third oldest city West of the Mississippi.  It sits on the Mississippi River, just north of St. Louis, full of little cafes and shops and pleasant views.  It is the scene of many festivals and activities.  It lies near the Katy Trail, a 225 mile long state park.

A quote from Wikipedia about the founding of St. Charles:

“Louis Blanchette was a French Canadian who traveled to the Americas, it is said, for adventure. According to Hopewell’s Legends of the Missouri and Mississippi:

In the year 1765, a French Canadian, called Blanchette Chasseur, animated by that love of adventure which characterizes all who have lived a roving and restless life, ascended the Missouri, with a few followers, for the purpose of forming a settlement in the then remote wilderness.

According to Hopewell’s rather romantic account, Blanchette met another French Canadian (Bernard Guillet) at the site of St. Charles in 1765. Blanchette, determined to settle at the site, asked if Guillet, who had become the chief of a Dakota tribe, had chosen a name for it.

“I called the place ‘Les Petites Côtes’ ” replied Bernard, “from the sides of the hills that you see.”

“By that name shall it be called”, said Blanchette Chasseur, “for it is the echo of nature — beautiful from its simplicity.”

Blanchette settled there in 1769 under the authority of the Spanish governor of Upper Louisiana, and served as its civil and military leader until his death in 1793. During this time perhaps only a couple dozen buildings were built. Although the settlement was under Spanish jurisdiction, the settlers themselves remained primarily French Canadians.”

If you want to read more of this articel, click here:

As you walk the brick-lined streets and sidewalks, you can imagine what it was like in the mid-1800s with steamships & paddle boats floating down the river.  Its streets were walked by some famous personalities from history: Daniel Boone, Jean Baptiste Pointe du Sable (who founded Chicago), Mark Twain (Samuel Clements), & Abraham Lincoln just to name a few.

We visited a few of the shops and popped into one in particular, 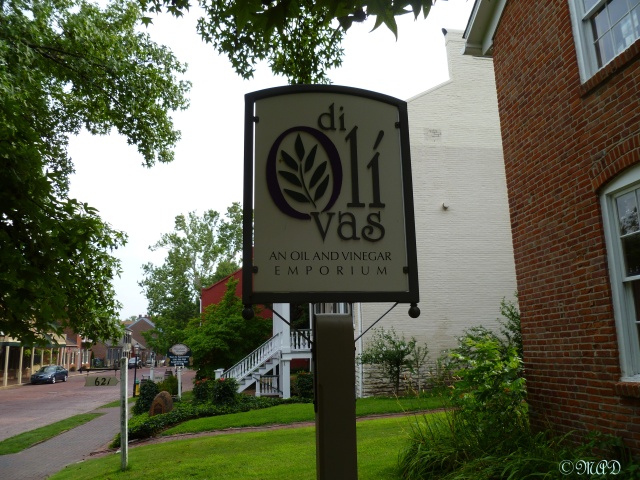 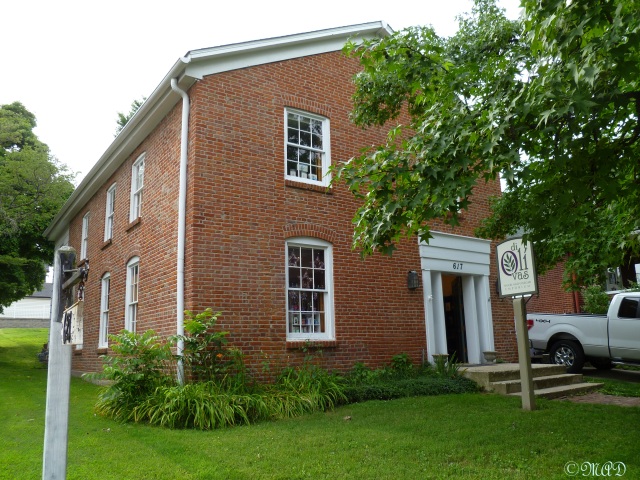 Di Olivas, which sells all kinds of olive oils and balsamic vinegars on tap.  You can sample any of them if you like (little paper cups are provided). 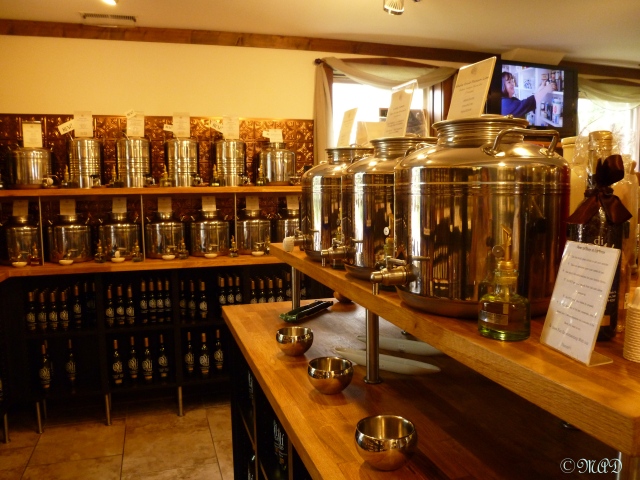 We purchased a bottle of the garlic flavored olive oil and a special tip to insert to make it easier to apply it to bread. We have enjoyed putting it on toasted baguette slices – yum!!  Here is their website: http://diolivas.com/ where you can order their products online.

Walking on down the street, there are so many lovely little shops and cafes. 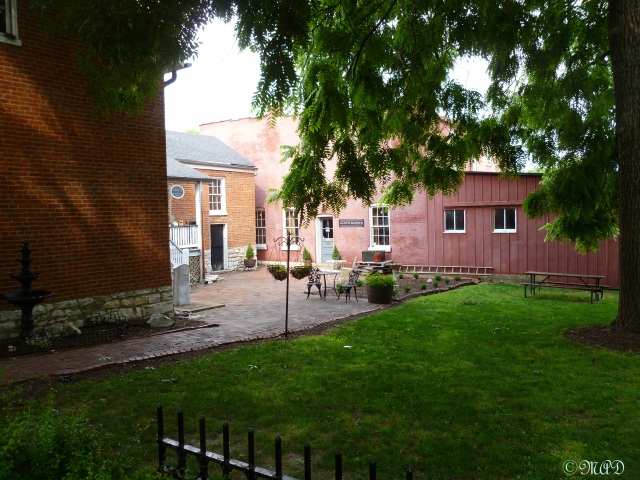 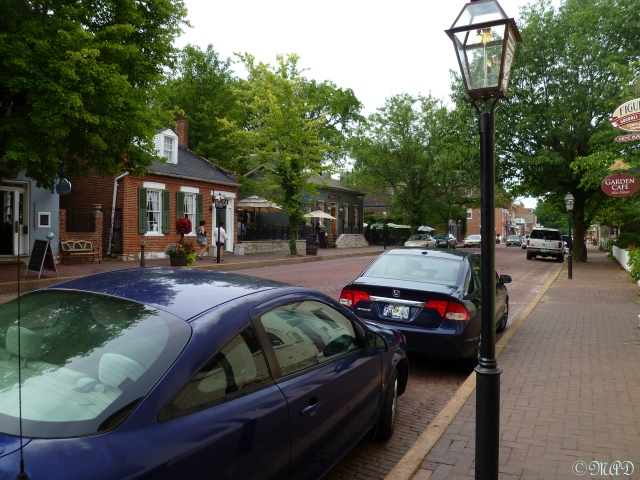 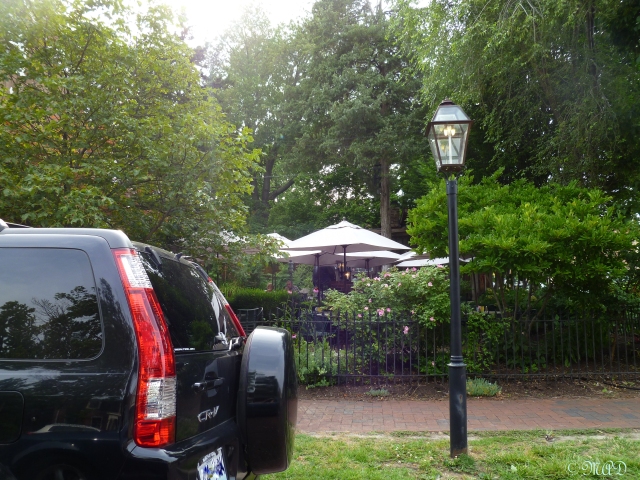 And fronting the Mississippi River, is a walkway with a viewing area complete with benches and gardens: 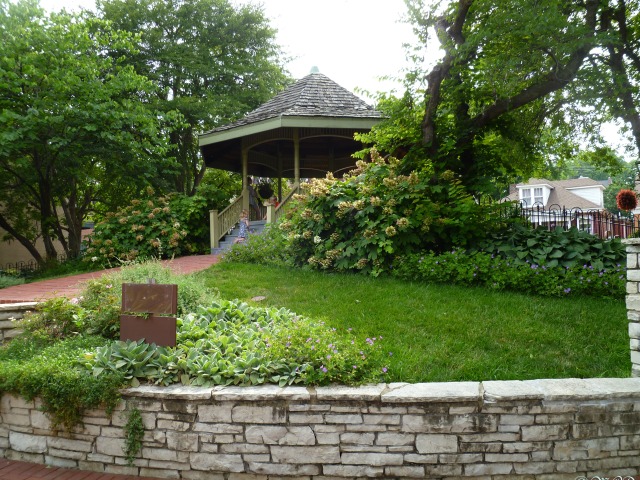 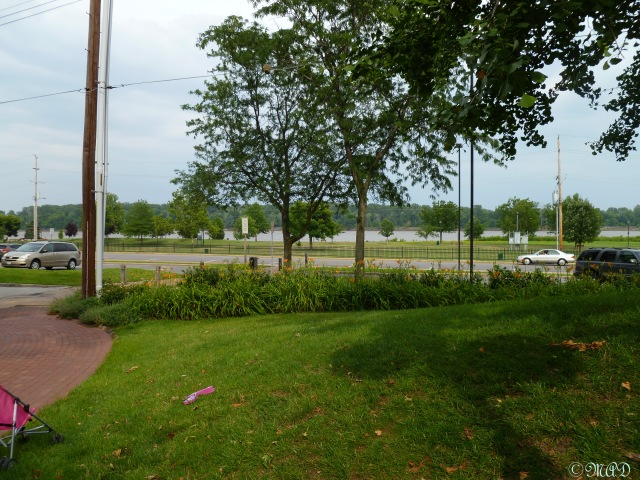 We were there just after the Spring flooding and we could see little piles of sand on the streets & sidewalks where the river water had risen up into the street and deposited them.

If you are passing through St. Louis and have time, take an hour or two to visit this charming little village.  Or if you have more time, schedule it into your vacation and stay at a B & B or camp nearby.

For a list of where to stay, hotels & bed & breakfasts:  http://www.greatriverroad.com/stcharles/stcharlesbb.htm

A blog about a Scottish woman, who lived in Denmark, and moved to New Zealand

An Adventure Abroad in Copenhagen

The best longform stories on the web

italy on my mind

"in food there are memories"